Today we are exposed to the greatest toxic load in the history of our planet. Detoxifying the body periodically is essential to maintain good health and avoid disease. With the vast array of pesticides, herbicides, colorings, additives, preservatives, and chemicals that pervade our water, air and food, the body can become bombarded and overloaded with these toxic substances. These toxins and chemicals can disrupt the function of the cells, tissues, organs, joints and systems. Toxicity can lead to a wide variety of health issues, dysfunction and disease. The Ion Cleanse provides an efficient way to detoxify the body of these toxins and wastes. In combination with a healthy lifestyle, this can help you feel better, function better and maintain long-term wellness.

How does the Ion Cleanse Work?

Ion cleanse is a powerful way to experience cellular detoxification. The Ion Cleanse devise generates a stream of positive and negative ions (charged atoms) which attract and attach themselves to oppositely charged toxic particles. Through osmosis, these toxins are drawn out of the body through the pores of your feet to cleanse and detoxify the body.

How Is an Ion Cleanse Session given?

The person receiving the session relaxes comfortably for 30 – 45 minutes with their feet bathed in a container of warm ionized water. The ion unit has a drawing effect helping to pull toxins out of the body. Throughout the course of the session, the water changes colors depending on what system of the body is cleansing and releasing toxins. 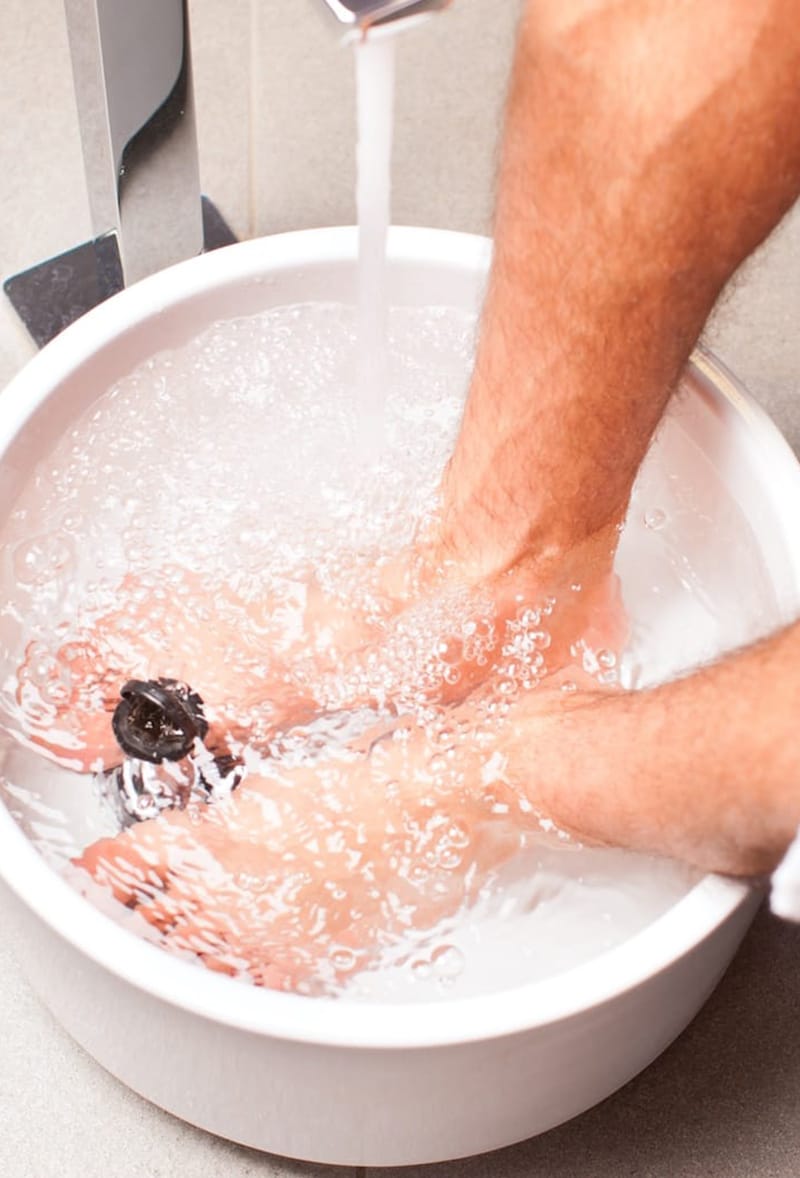 Colors and Objects in the Water

Different colors can appear in the water during the Ion cleanse session. These colors are caused by the reaction between the toxins and particles in the water, the salt added to the water, the metals in the array, and the toxins, either acidic or alkaline that are being drawn out of the person being bathed. The color produced by these reactions varies from one geographic region to another. As a rule, these “regional toxins” contribute to 20-40% of the residues found in the water, the remaining 60-80% are believed to be toxins pulled from the body. The water-based toxins do not stick to the side of the bucket and array, however, the substances pulled from the body will form a sticky ring around the bucket that must be removed with detergent.

What to Expect From an Ion Foot Bath Cleanse? 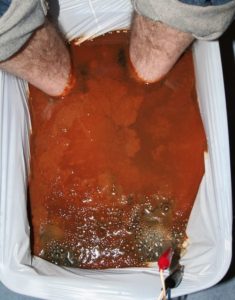 The results can vary depending on the condition of each person. Often the system in their body that is most congested will get released first, then other toxins will be released as well. As different toxins release many people feel an increase in energy, overall, they feel better, function better and have a growing feeling of well-being. Many people with pain, edema, gout and swollen or deteriorating joints report considerable symptomatic relief from Ion Cleanse sessions.

It is important to note that the Ion Cleanse does not heal or cure any disease or condition. It is, rather, a valuable way of assisting the body to detoxify different organs and tissues in the body. When the body is cleaner and freer of toxins it can heal and repair itself easier.

Each session takes approximately 30- 45 minutes. As with any method of detoxification, it may often take several sessions to obtain the best results. Because the Ion Cleanse is gentle, sessions can be taken every other day.

“In August 2003 I had the misfortune to stub my baby toe on a door jam. It felt like it was broken or I had cracked the bone, and the next day it turned all black and blue. As I have an aversion to “White Coat Syndrome”, I suffered from the pain. Each time I put on my shoe I experienced great pain in my foot, but I suffered and limped around for approximately two months. Then in October I went for an Ion Cleanse and was simply amazed how my toe improved. When I put my shoe on I discovered I had hardly any pain or discomfort. When I had my next ion cleanse I was able to spread my toes apart and had absolutely no pain what so ever. It was a miracle, I have been pain free ever since. “

“I have recently completed a series of Ion cleanses and have noticed a dramatic improvement in my energy levels, mental clarity, and with my muscle pain. As a long time sufferer of low-grade fatigue, brain fog, and muscle weakness, I truly feel that the Ion Cleanse sessions have made a tremendous improvement in these symptoms. Following each session, I always feel lighter, more clear and energetic. A very simple, yet effective method of detoxification, the results speak for themselves!”

“My first exposure to the ion cleanse system was as a support for other detoxification therapies I was utilizing. To date, I have had more than fifteen sessions, and I have experienced both short- and long-term changes in my body. Immediately after receiving a session I feel lighter, more energized, and more clear-headed. Over the course of several sessions I have also noticed improvement in the skin rashes that I have been experiencing for quite some time. “

“I have had several ion cleanse treatments and each time it is shocking what comes out of my body and into the foot bath. With every treatment I have noticed an overall sense of well-being, more energy and such clear headedness. The ion cleanse seems to be detoxifying my body well, because with each foot bath there has been a variety of different colors in the water. It makes me feel good knowing I’m cleansing toxins out of my body.”